Yes, they can be silly and pointless, fodder for slackers and phone geeks – but who’s laughing when it’s the buzzword on everyone’s lips, and in the last year iTunes has logged more than 1 billion (yes billion) downloads of…Apps. 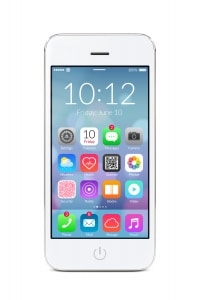 A good friend of mine is one of the last Luddite hold-outs, barely proficient with e-mail, with his mother buying him his first mobile phone two years ago. The thing is the size of a Cadillac. Techno-gadgets – he’s just not interested. He proudly displays this fridge in restaurants and clubs like he’s Michael Douglas in Wall Street – someone who won’t get mugged on the night bus home. Fair enough. But when I showed him my iPhone, he just looked blankly ahead, like he was staring at a Rothko painting, and when I proclaimed, “I also have a ton of apps,” he thought I was talking about a new STD that I’d contracted and should be prescribed ointment for.

Enjoy this ever-evolving world we live in, I say, and you can bet at least a few company’s (Apple and AT&T) are, financially.

According to Fortune Magazine, however, that’s about it. There is no ‘California – style’ gold rush afoot, only bedroom nerds making a little money on the side. But, for people like Matt Murphy, a venture capitalist at Kleiner Perkins Caulfield & Byers, he believes smartphones are just on the cusp of something financially seismic, “It’s shaping up way beyond anyone’s expectations as far as I can tell – mine, Apple’s, the industry’s at large.”

It’s true that many apps are just ridiculous, with the recent online backlash beginning: “10 of the most pointless apps”, etc… and this isn’t going to rival big software applications like Microsoft but it’s still early days. And iPhone isn’t the only boat on the sea, with competitors like PALM and Google gaining ground.

So, according to Murphy, these competitors might “start to get a lot of device penetration – a year ago it was too early. Now I think it’s an area to watch more closely.”

If this is the case, these bedroom hobbyists might just pave the way for a new mobile economy, producing multi-millionaires that certainly can’t be mocked anymore by online scribes like yours truly.