Home International How Blockchain Tech is Disrupting the Smartphone Industry – And Why It’s... 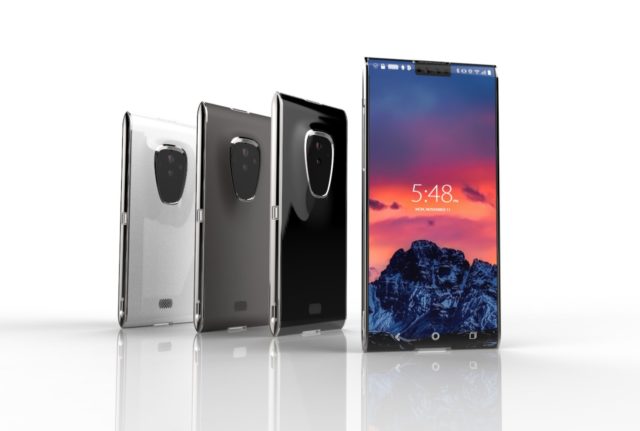 The Future Presents – Blockchain & Crypto Wallets on your Smartphone

Blockchain is a term applied to technology that allows information to be stored on a decentralised network. It’s a massively complex and most importantly, incorruptible, digital ledger that can record economic transactions. Originally devised for cryptocurrency, blockchain technology is now finding new uses in the online world. The digital ledgers can be used to record anything and everything of value. Pairing blockchain technology with communication technology may seem incongruous at first, but it has the capability to revolutionise the way we use smartphones every day.

There are several ways in which the blockchain concept can be used to advance smartphone technology and mobile applications. One of them is the development of mobile crypto wallets. Crypto wallets are secure digital folders that store the public and private keys used to receive and spend cryptocurrency. There are different types of crypto wallets, some are apps, others are devices (mostly USB sticks). But what if your crypto wallet could be part of your mobile phone?

The Race to Develop the First Blockchain Smartphone

Sirin Labs took on the challenge of building a secure and user-friendly open source product that bridges the gap between advanced cryptocurrency related technology and consumer needs.

Led by Kenes (Kenges) Rakishev and Moshe Hogeg, Sirin Labs is pioneering the development of smartphones that utilize blockchain technology to create an integrated digital wallet. This integration between cellphone and crypto wallet will potentially enable users to store their digital assets on a hardware device (their phone), without having to carry around a USB stick.

The Finney smartphone will allow users to store digital tokens on their devices which will be driven by automatic conversions using blockchain technology. This will allow users to buy, transact and even receive cryptocurrency all from a smartphone.
The Finney will be manufactured by Foxconn and Sirin Labs. It is set to debut in November 2018.

Other startups like ‘Swiss Bank in Your Pocket’ and Blacture are also in early stages of development of smartphones that feature blockchain-based proprietary hardware.

Blacture’s Motif smartphone holds the promise of giving its users digital tokens in exchange for performing certain activities like sharing personal data or online shopping. Swiss Bank In Your Pocket is focusing on the elements of anonymity and security, and intends to use blockchain technology to offer secure phone calls and safe data storage on its BitVault phone.

Blockchain technology is no doubt becoming a major disruptor in the smartphone industry. It will force mobile phone companies to improve and innovate, after what is in effect a stagnation period of over a decade, and that’s never a bad thing for the end user.