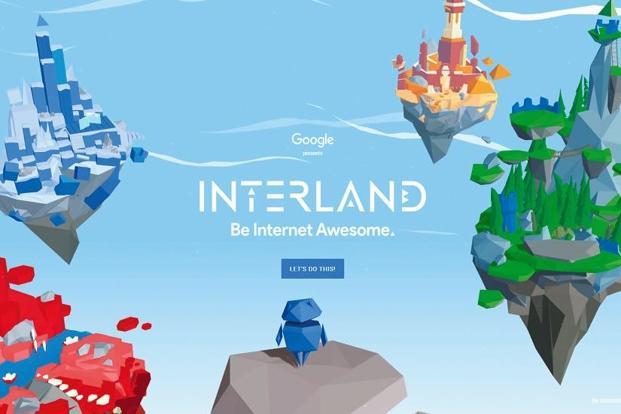 Be Internet Awesome With Google

Because June was internet safety month, Google decided to celebrate this by releasing a computer game and teaching curriculum with the goal of educating children on how to stay safe and secure online. Named “Be Internet Awesome,” the program is part of Google’s objective to make young people more internet savvy and to encourage them to be model citizens in the digital world. It includes materials created to teach children between grade 3 and grade 5. To promote the initiative, Google began collaborating with YouTube influencers, like the popular vlogger John Green.

Created by Google, Interland is an online game that invites players to explore four worlds in the form of floating islands that feature a range of puzzles, quizzes and challenges with a common theme of internet safety. The game is available through all major browsers (not only Google’s browser Chrome!) and is free. Interland promises “awesome and blahsome surprises. As the game progresses, players pick up valuable skills while waging battles against hackers, cyber bullies and scammers. These skills are designed to ultimately help keep them safe in the real world as it is becoming more and more digitally connected. The graphics are colourful and blocky and is designed to be similar to Minecraft. The goal was clearly to create a familiar environment for players, as it is aimed at a similar demographic. Some of the Interland worlds are:

One World, Tower of Treasure – In this world, players are on a mission to outrun a bad guy and to collect alphabet letters while they do so. The letters will eventually form a robust password.

Mindful Mountain – This world teaches players to only share personal information with people who are properly designated to receive this information. It involves players being charged to bounce lasers off mirrors with the goal of hitting particular targets.

The Importance of This Project

In a Google blog post, the company’s VP of engineering for kids and families, Pavni Diwanji wrote, “To really make the most of the web, we need more than just helpful products. We need to provide guidance as our kids learn to make their own smart decisions online.” After being involved in developing similar projects, for example, YouTube for Kids, Diwanji is known as a veteran in this field. She further stated that it is vital that the people who mainly influence children, like parents and teachers, make an effort to help them learn how they can stay safe, kind and positive on the internet – just like they are taught to be offline in the non-digital world. Diwanji believes it is something that should be reinforced by service providers, parents and teachers alike.

Digital learning specialist Kerry Gallagher from St John’s Preparatory was the first person to pilot the program. A hundred student testers at the private boys’ school in Massachusetts tested the program and the overwhelming response was positive. The boys agreed that they would much prefer to have learned about digital safety through this method, instead of the traditional methods currently used in schools. The students further said that they would highly recommend the program to younger students and siblings. Gallagher’s daughter, aged eight, also tried “Be Internet Awesome” and said that she enjoyed it and learned what the game was meant to teach her without even realising she was learning.

After completing the pilot, Gallagher was enthusiastic about the program. She said that it’s a great way to get parents and other adults to begin talking about the internet to children – something that is often seen as a daunting task.

Others who have tested the program responded with similar enthusiasm. Fifth-grade social studies and science teacher Donnie Piercey reviewed the game at an elementary school located in Kentucky. According to Piercey, his students “loved it” and the conversations that stemmed from trying out the game were some of the best conversations he’s had with them. Piercey further stated that the “Be Internet Awesome” program is most likely the best way in which he can teach students the importance of knowing that whatever they post online now, will follow them for the rest of their lives.

To make the program possible, Google worked alongside several organisations, such as the Internet Keep Safe Coalition, ConnectSafely, the Family Online Safety Institute and the International Society for Technology in Education (ITSE) who certified the program after it was designed by Google. Director of the ISTE standards program, Carolyn Sykora, also expressed positivity about the program and said that “Be Internet Awesome” is providing a unique opportunity to parents and teachers to learn how to communicate with children and students about how they can be good online citizens.