In the 1800s an idea was proposed that light can travel through empty space and that it can be explained by using luminiferous aether. After observing and investigating several failed experiments attempting to prove this, Einstein proposed the theory of relativity, claimed that the aether is not real – and the rest is history.

In a very interesting claim, an article from Nature was named as proving that Einstein was wrong after all and that the aether exists. Because the reference was made citing the highly regarded magazine Nature, it was worth checking out. A simple Google search revealed dozens of articles, all referring to the same ‘article’. A bit more searching revealed that the article was not exactly an article, but rather a letter from one E.W. Silvertooth. 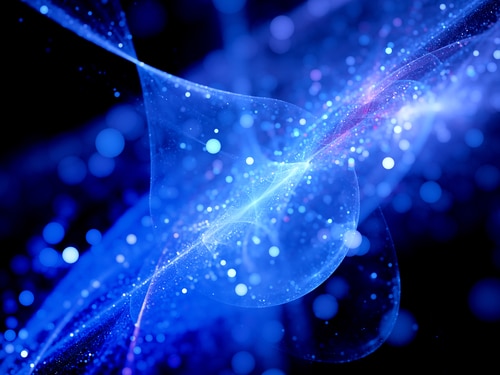 According to Silvertooth’s letter to Nature’s editor, he did an experiment that disproved Einstein’s theory of relativity. Despite there being no details of the experiment, evidence or peer reviews in the letter, those who advocate a fixed Earth model refer to it reverently as ‘the Silvertooth experiment.’

Spending a bit more time with Google eventually revealed an article describing the actual experiment. It was published in Speculations in Science and Technology and holds some interesting theories. Outlining a way of measuring the Earth’s relative motions through the aether, Silvertooth surmises that he compared wavelengths in the direction of Earth’s motion with those perpendicular to Earth’s motion. According to the theory of relativity, these speeds should be the same, since the speed of light is assumed to be constant. But the experiment concluded differently. The Earth’s speed was measured at 378km/s when moving towards the Leo constellation. Moving in a different direction, it was found to be 371km/s. Based on what has been generally believed for several decades, this should not be possible. And if it is, special relativity may well be overturned!

It Gets More Interesting

Firstly, it would be easy to disregard some experiment done by an unknown person in favour of the world famous and celebrated Einstein. Who is Silvertooth anyway? Although he is obviously not known as the brightest man ever to exist, Silvertooth was certainly not a nonentity in the science world. He was a physicist and an engineer who won an Oscar for Technical Merit and then went on to work for an Air Force think tank. He was also not the only one to attempt this. In 2012 Doug Marett repeated the experiment and confirmed Silvertooth’s results, but also disputed his conclusions.

Over a period of 18 months, Marett found that there is a shift in wavelength that varied depending on the Earth’s orientation. While this was also true of Silvertooth’s results, Marett noticed a high level of fluctuating data. Silvertooth further concluded that variations should follow sidereal time instead of solar time. Marett found that both are so influenced by noise in the data that the variations could be made to agree with either. Furthermore, he found that a change in temperature in the room was shifting the experiment laser’s alignment causing a shift seen by Silvertooth. Based on these findings, and others, Marett concluded that Silvertooth’s results were genuine, but he came to the wrong conclusions.

Does this mean that Einstein was right? Marett solved a three-decade old mystery with careful experimentation. Perhaps the same principle can be applied to either proving or disproving Einstein’s theory for once and for all.