Home Business Drones and Kites Could be The Future of Energy 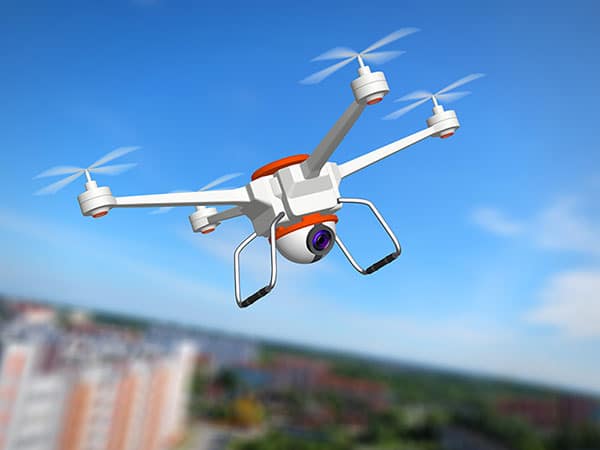 More and more companies are exploring high-flying drones and kites as a way to harness the wind’s power to generate electricity. The use of wind-generated power increased by 500% in 2018 versus 2008 yet only around four percent of the world’s electricity is currently sourced in this way. Critics say that wind does not constitute a consistent source of energy and that it is unreliable. But what if there were a way to turn wind into a reliable source of power?

Winds 500 Meters Above the Ground Are Stronger and More Frequent

Since wind at a high altitude is more powerful and consistent, it can be better used as a source of electricity. In 2012, the Lawrence Livermore National Laboratory in California conducted a study into high-altitude winds and discovered that it has the potential to provide 100 times the energy required by the world. A problem that remains is that while wind turbines are being built bigger every year to try to harness high-altitude winds, the expenses involved are also skyrocketing.

A More Cost-Effective and Friendly Way to Harness Wind Power

High-tech drones and kites may offer a less expensive way to reach more stable and powerful winds. These systems are constructed using as little as 1% to 10% of the materials needed to build a turbine. They are also a more eco-friendly option. Because they are mobile, drones and kites can easily be grounded upon necessity to allow migrating birds to pass, for example.

One of the companies already working on harnessing high-altitude wind is Makani, a subsidiary of Alphabet, which is also Google’s parent company. Makani built a prototype kite, which is secured to the ground and flown in loops by a computerised system that uses sensors and GPS. As the kite completes each loop, rotors on its wings spin and generate power that is fed into the grid. The system is designed to produce enough electricity to power around 300 homes. After extensive testing, Makani is now ready to partner with Shell to start trials by tethering the kite to buoys floating offshore. Because these kites are able to travel around 600 meters in each direction, flying them offshore is practical from a regulatory standpoint.

Skypull, a technology startup in Switzerland, has developed drones able to fly up to a height of 600 meters, which is three times higher than a typical wind turbine. The drone can take off and land autonomously so there would be no need for ground wind or a launcher. Once it reaches operating height, the drone takes a 90-degree turn and shifts into kite mode to begin generating electricity. The system is currently limited to smaller projects, but Skypull has plans for it to be used to generate off-grid power in remote areas, such as mining facilities and in disaster-relief operations.

Although harnessing high-altitude winds is the next step in the evolution of renewable energy, these systems do not generate as much electricity as turbines just yet. Hundreds of them would be required to power cities. In spite of its current limitations, though, the successes already achieved prove that drones and kites can play an important role in helping the world become fully powered by renewable energy in the future.