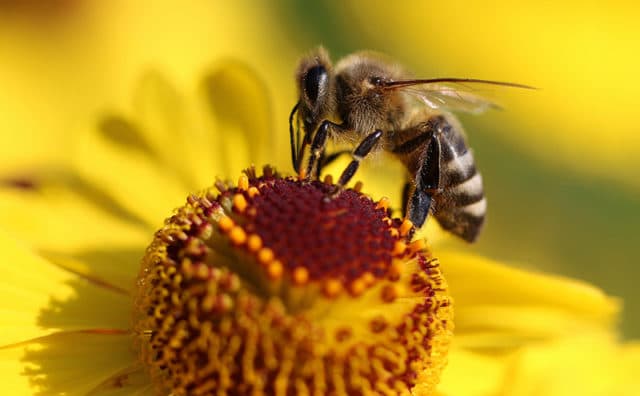 Bees are essential for our survival; they are one of the most important pollinators in agriculture. As a matter of fact, studies show that of the 100 species of crop that feed the world, 70 are pollinated by bees. The significant decline in global bee populations has had scientists stymied. However, many hope that new technology and more data could provide essential insight into the issue.

The World Bee project has joined forces with IT company Oracle to create a global network of ‘smart hives’ that will be able to access data provided by sensors that are mounted on each hive. The sensors will deliver data about various aspects of bee activity and the bees themselves to help scientists predict and hopefully arrest the decline in bees worldwide. The data collected will include the sound of bee buzzing, movement of feet and wings, as well as general environmental factors in the hive like humidity and the weight of the honey. Scientists are hoping that using AI and machine learning on the data could help identify an early warning system that could in turn help beekeepers prevent the loss of bees.

Swarming is one of the most destructive bee activities that often account for losses to over half the population and honey of a hive. The causes of bees swarming have been linked to external environmental factors such as higher humidity, temperatures or the weight of a hive’s honey. Having a predictive data set will help beekeepers take preventative action to help save more bees. Live monitoring and immediate data processing could allow actions to be taken against predators that also threaten bee populations. Recently in the United Kingdom, the Asian hornet has been threatening local bee populations who have not evolved any significant form of defence against the predator.

Several groups across the UK are working on projects to gather data about bee hives to better understand colony collapse disorder and other recent phenomena. Individual bees have been tagged with RFID chips to better record their movements as they perform their tasks within the hive.