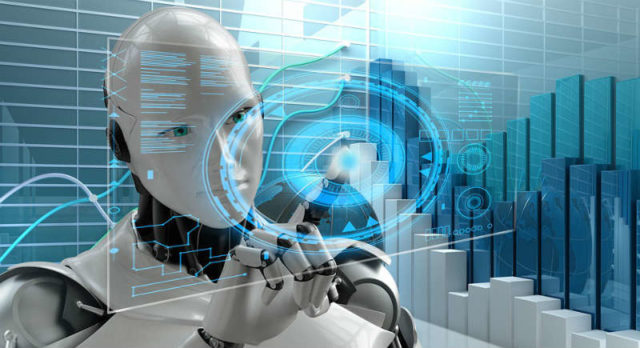 Do you Remember Technophobia?

Around the 1980s and 1990s when computers became popular, some of us were fascinated with these new machines and excited about the possibilities that came with them. But not everybody was positive about the technological leaps we took, there was also a phenomenon by which people would get fearful, anxious (or even aggressive!) when confronted by computers in their homes and workplaces. They didn’t understand the new technology and feared that they would be replaced by it. This fear resulted in ‘technophobia’.

The Future of IT is now, but is it Bright?

It is now a good few years later and we learned to live with computers. Most of us have even come to love these machines that make our lives easier, entertain us, help us to communicate, and keep us up to date with family and world news. After all, we’ve done this dance before… A hundred years ago we had no idea that technology would bring about manufacturing advancements that changed the world, that the modern marvel known as the radio would start making its way into homes, and that the potentially devastating nuclear bomb would be invented. The progress we made changed the world in so many ways. The question is, is a wave of radical change always good?

Tech Threats are on the Rise

Just like technology has developed over the years, threats have started unfolding. We are experiencing a loss of privacy through pervasive mass surveillance, and hackers are accessing our personal information and threatening our infrastructure. We are facing the reality of psychological alienation through social media platforms, our kids are losing patience and the ability to focus on only one thing at a time, and this is only the start. There is no way of knowing how far technology will progress, or how it will affect our lives in the future. Yet again we are faced with major developments, and just like in the past, some of us are apprehensive about these advancements, particularly AI.

There is a growing concern that cognitive automation (AI and AR) could harm people. Many are worried that it could lead to mass unemployment. Some people are even genuinely concerned that AI will become conscious and choose to take over the world (remember Terminator?). Yes, this all probably sounds far-fetched, like a sci-fi movie gone wrong. But what if the real threat is far more obvious and more ominous? Take the nuclear bomb – a horrifying invention with the potential for widespread loss of life, and yet it is useless unless wielded by human hands. Just like the atom bomb in the wrong hands, AI has the potential to be used maliciously by corporations and governments through highly scalable manipulation of human behaviour.

And Social Media Could be the Start

The effect that AI may have on the digital world when integrated with social media platforms is immense! Facebook is already using sophisticated algorithms to collect and build extremely accurate profiles for individuals. With the added benefit of AI, imagine how powerful digital consumption information could be. Think about the effects it could have on social reinforcement, negative or positive. Imagine the possibilities for political control when placing AI algorithms in control of our information diet. With access to extremely effective psychological tools that can manipulate what we believe, how we feel and what we do, the issue is control. Are we ready to relinquish what little of that we have left?