Home Tech Android is Next

Anything that has become as ubiquitous as the smartphone has in our culture will undoubtedly involve, at some point, big battles over money. The recent coup by Apple over its rival, Samsung, is a case in point – the latter’s shares plummeted to the lowest they’ve been in almost five years, after the court decided that Samsung was to pay Apple $1bn for patent infringement.

But, if you thought the whole smartphone mess is now settled (besides, of course, the inevitable appeal) you are sorely mistaken. Now Google, another arch enemy of Apple, is in the ring and battling for the ownership rights of the operating system that companies like Nokia, Motorola et al install in their handsets. Android is next. Although Google just filed a lawsuit midway through the Samsung trial, “alleging seven patent infringements, one of which involves the technology used in the iPhone’s Siri 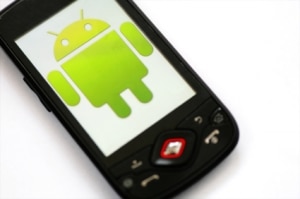 voice-activated search tool,” according to the BBC, it’s hard to tell if this may just be a face-saving measure. Regardless, handset manufacturers are on edge and looking for safety valves and exit strategies. ‘Lawyer up,’ as they say.

Although on the surface this may look like a potential knockout blow across the board for Apple, this is far more complex. The outcome of the Samsung trial is definitely a wake-up call for designers and engineers in this lucrative, rapidly evolving industry, but the verdict is also advantageous for Microsoft and their Windows OS because, as the BBC highlighted, “[fusion_builder_container hundred_percent=”yes” overflow=”visible”][fusion_builder_row][fusion_builder_column type=”1_1″ background_position=”left top” background_color=”” border_size=”” border_color=”” border_style=”solid” spacing=”yes” background_image=”” background_repeat=”no-repeat” padding=”” margin_top=”0px” margin_bottom=”0px” class=”” id=”” animation_type=”” animation_speed=”0.3″ animation_direction=”left” hide_on_mobile=”no” center_content=”no” min_height=”none”][It should also] provide a stronger opportunity for both of Microsoft’s new platforms – Windows 8 and Windows Phone 8 – because they come with indemnification against Apple, suddenly making them far safer.” The final thought in this interesting article on these current tech fisticuffs, suggested that an alternative to the potential years of litigation ahead, would be a “cross-license” agreement between Google and Apple – something that would surely see Steve Jobs turn in his grave. We’ll have to wait and see.