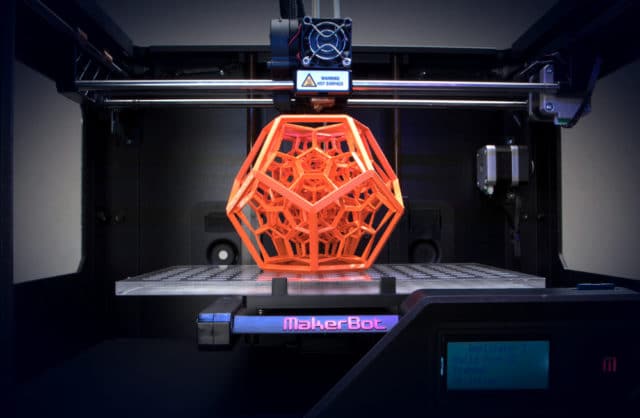 Zooming Forth to a Brighter Future with Affordable 3D Printing

3D printing holds great promise for improving our lives and benefiting the environment. This revolutionary technology can help with everything from global warming to pest control. It can empower companies and innovators to help the planet, as highlighted by Avi Reichental, 3D-printing entrepreneur and thought leader. Reichental, who serves as vice chairman of Techniplas, an injection molding company, says that additive manufacturing has helped the automotive industry reduce product waste, toxic emissions, and the depletion of fossil fuels. “3D printing is the linchpin of the entire process,” Reichental argues. People are therefore eager to know how and when high-end 3D printers will become affordable to the ordinary consumer.

Companies such as the Ireland-based CALT Dynamics are working on developing lower-cost 3D printers that will be user friendly even in underdeveloped countries by making them battery-operated, desktop-sized, and independent of the need for software. The company also intends to have their printers produce prosthetic body parts, replacement tools, and a variety of prototypes.

Meanwhile, UnionTech in Illinois is using 3D printing to produce foundries and investment castings for major industrial components. Japanese ventures such as Okuma are introducing their own machines to cut the cost of high-quality industrial parts.

Soleon, the Italian drone manufacturer, and Materialise, the Belgian 3D-printing company, have teamed up to find an innovative yet green pest-control alternative. They created the SoleonAgro, an agricultural drone that uses 3D printing to distribute wasp eggs in the fight against the threat posed by corn borer worms to maize stalks. This fast and inexpensive solution keeps crops safe without using chemicals.

59 Productions, a London-based design company, worked with a British composer to create a 3D-printed miniature model of the Royal Albert Hall to help with show production. By simulating the impressive venue on a much smaller scale, they were able to run several tests without using expensive audio-visual equipment and the show went perfectly.

These are just a sample of 3D printing’s impact on several fields in the industrial world. The technology is certain to continue disrupting all spheres to which it is applied and will help humanity make exponential progress in both the short and long term while continuing to become increasingly obtainable.