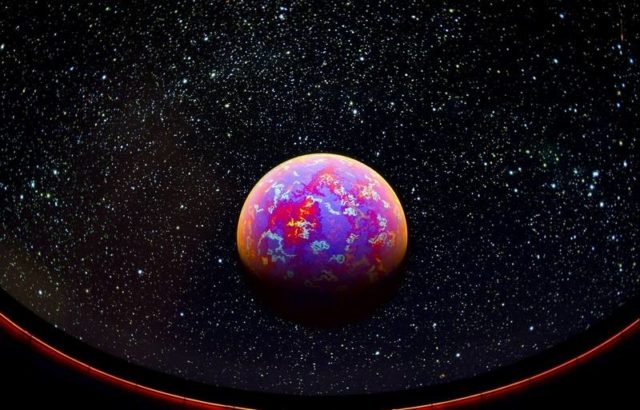 The Universe is Getting Bigger

Well, it’s not really getting bigger but we are discovering more and more planets in it with the help of the clever scientists at NASA, America’s aerospace research agency. They have recently discovered 219 possible new planets – and as much as ten of these new worlds could be not only roughly the same size as earth, but also inhabitable (or maybe even inhabited!). This means that there are now 49 Earth-like planets known to mankind outside of our solar system.

NASA has been on an exoplanet-hunting mission for a long time with a very powerful telescope called Kepler. So far the Kepler space telescope has detected over 4,000 worlds, and that is only one small section of the sky. According to one of the program’s scientists, Mario Perez, the problem is they would need about 400 Keplers to cover the whole sky. Imagine how many worlds they would find then.

Is There Life on Mars?

The question is no longer if there’s life on Mars, but if there is life on any of the other newly discovered worlds. Business Insider reports that the data gathered by Kepler shows how similar the planets are to Earth, and also indicates the chances of finding intelligent life forms. If any of the 49 Earth-like planets have stable atmospheres, there is a chance they could harbour life in some form. Although NASA scientists are not saying much about the newly discovered worlds, they did announce that the planets ore orbiting in ‘habitable zones’ where it is likely that water is liquid and not frozen or in steam form. The planets are also not tidally locked and have reasonably stable plate tectonics. With overpopulation and drastic atmospheric changes on earth, what are we waiting for?

Even if our planet had to become completely uninhabitable, we still wouldn’t be able to visit any of these worlds. Because they are hundreds of light-years away, it’s not likely that any of us or our grandchildren will ever get there – unless we can manage to crack the riddle of folding space or develop a faster-than-light (FTL) drive like in the movies.