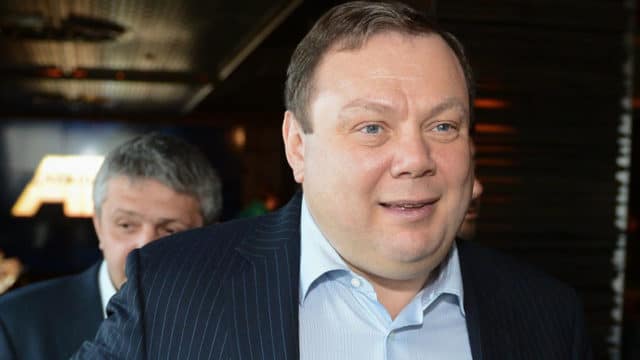 Mikhail Fridman owns 32.9% of the Alfa Group investment company, making him its largest stakeholder. Alfa Group owns stakes in Russia’s sixth largest bank, Alfa Bank, as well as in X5, a Russian food retailer. Through a Luxembourg-based holding company called LetterOne, Fridman also owns stakes in Wintershall DEA, a German gas and oil producer, as well as in Veon, a mobile phone operator. Fridman has an estimated net worth of $13.8 billion dollars and was listed by Forbes as the seventh richest Russian.

Fridman was born to a family of engineers in the Ukrainian town of Lviv on April 21, 1964. He was denied entrance to the top physics school in Moscow due to his Jewish heritage and instead studied at the Moscow Institute of Steel and Alloys, graduating in 1986.

His first business endeavours were music related. In high school, Fridman was part of a band and sold tickets outside of theaters. During college, he ran a nightclub known as Strawberry Fields. Besides his music ventures, he ran a number of other businesses, including window cleaning and selling computers as well as carpets.

Fridman founded Alfa Bank in 1991, after the fall of the Soviet Union. Alfa Bank became Alfa Group’s main entity and generated most of Fridman’s wealth. Fridman now controls Alfa Group along with two of his college classmates, Alexei Kuzmichev and German Khan.

Fridman has also made some of his fortune from the oil industry after having invested in one of Russia’s largest oil producers in 1997 and collecting billions in dividends. However, he sold his share of TNK-BP International for $5.1 billion to Rosneft in 2013 after serving as the CEO of the company for nine years. He has achieved tremendous success with LetterOne, through which he acquired 12.5% of the German RWE DEA, which produces gas and oil in Germany and Norway.

The 55-year-old self-made billionaire currently is a stakeholder in three large publicly traded companies and has diversified assets. He owns 22 percent of Russian food retailer X5, 21 percent of the Veon mobile phone company, and five percent of another mobile phone company called Turckell. Fridman also holds stakes in Holland & Barrett, a health food chain, as well as in FreedomPop, a wireless internet service, and in Uber.

Fridman is also a philanthropist and has donated to many initiatives, including the Genesis Prize and the Russian Jewish Congress.