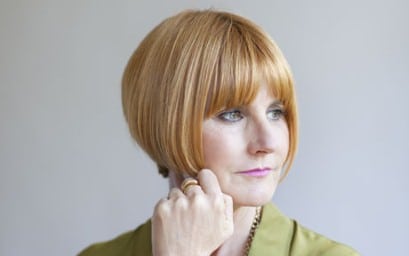 Mary Portas is an English/Irish retail brand specialist and television presenter. Portas is known for being one of the UK’s leading authorities on retail and brand communication, and for becoming a board member of the retail giant Harvey Nichols’ board before the age of 30. She is highly regarded in the UK retail sector, has an illustrious career in television and owns a creative communications agency.

Born into an Irish family, Mary Portas grew up in Hertfordshire. Her mother contracted meningitis and passed away when Portas was 16 years old and her father died two years later of a heart attack. This forced young Portas to relinquish her place at The Royal Academy of Dramatic Art (RADA) in London. Instead of starting her studies Portas had to start working so that she could take care of her younger brother.

Launching a Career in Retail

The first job Portas had in retail was at John Lewis where she worked on Saturdays. She was then appointed as window display artist at Harrods where she worked for several years before starting at Topshop as display manager. Her next role was what sent Portas’ career in an upward trajectory. She started working at Harvey Nichols as creative director and was subsequently credited with turning the luxury department store into one of the top contemporary fashion brands in the UK. Portas’ progressive window displays were considered groundbreaking, and were included in many of the guided tours of London. Using award-winning artists like Thomas Heatherwick for displays and persuading the company to start using younger designers led to Portas becoming a member of the Harvey Nichols board by the time she was 30 years old. In 1997 she left this position to venture into entrepreneurship.

‘I Wanted to Create my Own World, I Wanted Freedom’ – Mary Portas

Mary Portas started a creative agency called Yellowdoor. Her work takes her all over the world where she gives lectures and advice on retail strategy. She has spoken with the Dalai Lama and with Neil Armstrong. In 2005 she started writing a weekly column for the Telegraph Magazine in which she reviews retailers. The column was called Shop! and was the inspiration for Portas’ future television show. After first appearing on television in 2005 as a guest on the British chat show Richard & Judy, Portas was spotted by Patricia Llewellyn, a television producer who was instrumental in her entry into the world of television. Her first television series ‘Mary, Queen of Shops’ was aired on BBC2 and she has since made several other television appearances including four appearances as panelist on ‘The Apprentice: You’re Fired!’.

As the Global Retail Ambassador for the charity, ‘Save the Children’ Mary Portas has developed a conceptually new kind of charity shop known as the ‘Living & Giving’ concept. Portas has been married twice and has three children. She enjoys gardening, theatre, wine, art and chocolate.