The recent once-a-decade election of ‘new’ Chinese ruling government officials certainly didn’t seem much of a shakeup for the increasingly influential nation. After all, the po-faced crew of assembled older gentlemen didn’t exactly scream progressive democratic transformation to the world’s watchful media and those interested; business as usual, was the message. But, the stirrings of dissent in the country have long been brewing – worker’s reforms, anger at censorship, and even protests at having staid communist propaganda being force-fed at schools. The Arab Spring might wash upon China’s shores soon enough.

A well-written article by Hilary Whiteman appeared in CNN’s international edition not long ago detailing the disappointment that many Chinese feel about the newly elected, quoting Cheng Li of the Brookings Institution: “You can imagine the Chinese public may start to express some dissatisfaction with the dominance of princelings (sons of revolutionary leaders), with the elder and retired top leader Jiang Zemin‘s interference in the process of succession, and also that two liberal leaders Li Yuanchao and Wang Yang are excluded in the new Politburo Standing Committee (PSC).” That suspected dissatisfaction has become increasingly evident, and now one of China’s most respected newspapers, Southern Weekly, has hosted internal protests by some of its key journalists calling for the propaganda chief to resign, accusing him of being “dictatorial.” This is the first time that such a prominent institution has directly challenged the power structure. The BBC reports, “In two open letters, 35 prominent former staff and 50 interns at the paper have demanded the resignation of the provincial propaganda chief in Guangdong, Tuo Zhen.” They also cited that this was supposed to be an era of “growing openness.”

This is undoubtedly the beginning of increasing pressure on Xi Jinping’s new administration, and a real test of modern leadership. So far, much of the Arab world has learned a costly message: the people’s will is impossible to suppress. China’s leadership will need to reform their agendas in order to survive. 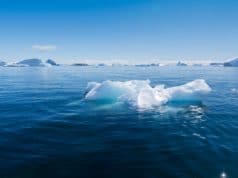 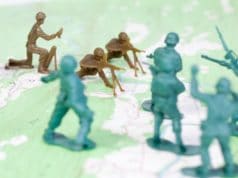