Recently, Queen Elizabeth II‘s office disclosed what costs the royal family have racked up in the last tax year, and well, it’s substantial. Although, as reported in a recent Associated Press piece, apparently a lot isn’t quite enough, as Her Majesty is having to dip into the royal coffers once again.

The Queen has had a reserve fund that she has built up over several decades, to ‘top up’ the 8 million pounds a year of public money she receives for basic expenditure. But, the real bill for the royal family last year totaled 41.5 million pounds. You’ve got to cut a lot of ribbons, christen many vessels, and shoot a quarry-load of pheasants for that kind of dosh.

Sir Alan Reid, the Keeper of the Privy Purse (or royal treasurer), said travel costs rose because fewer aircraft were available from the Royal Air Force, meaning that members of the royal family needed to charter commercial aircraft for overseas visits, often at short notice. No Easyjet for the Queen. 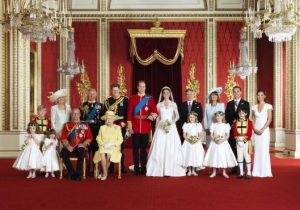 Here’s what else is on the bill:

Graham Smith, campaign manager for Republic, an anti-monarchy group, said the costs cannot be justified. “Very obviously they have no regard for public finances at all. There’s no reason why the Queen can’t be paid a salary and a few million be spent on the staff,” Smith said.

In 2010, the Queen will negotiate her budget again, where she’ll likely ask for an increase in public funding. But, if she continues to chip away at her reserve fund at the current rate, that will be empty by 2012 – the year she celebrates her 60th year as Britain’s monarch.