After receiving a six-figure sum from DvH Ventures, a top European early-stage investment company, LiveEO concluded its second fundraising round. Along with other investors, including Andreas Kupke, the founder of Finanzcheck, the total funds raised by the Berlin-based startup came in at a whopping €2.5 million. 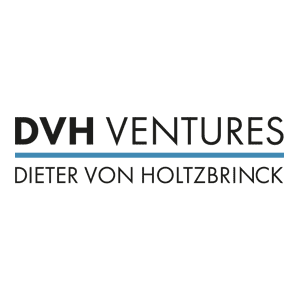 The award-winning startup LiveEO is committed to using space tech and AI to improve life on earth. They use satellite imagery to provide pioneering infrastructure monitoring services that map railway tracks, pipelines, and power grids to measure changes and potential dangers in vegetation as well as tectonic shifts and third party interactions along the networks and grids. LiveEO’s high-resolution stereoscopic imagery enables operators to run a tree height detection algorithm and generate a digital surface model, which ultimately allow them to improve safety by identifying potential risks near railway tracks. This helps operators reduce expenses over the long term and avoid disasters that could impact operational continuance and efficiency.

LiveEO – Performance Beyond All Expectations

Launched in 2016, LiveEO is funded by the European Space Agency ESA and operates from Berlin and San Francisco. According to managing partner of DvH Ventures, Peter Richarz, LiveEO has far surpassed expectations over the past year since they first began investing in it. Richarz cited performance as well as the founding team, and the high level of technological advancement as being the motivation behind the further investment. LiveEO CEO Sven Przywarra expressed his satisfaction with the continued support from DvH Ventures and expressed hope that this continuous commitment will allow LiveEO to turn Earth Observation into a basic service for the corporate world.

Sven Przywarra and co-founder Daniel Seidel have immense talent in crafting deep tech companies. They are a team with a unique vision and a winning combination of elements including powerful entrepreneurial vision and skill, and a deep understanding of innovative technology. This, along with a big market, a groundbreaking product, and a clear long term plan convinced investors like Andreas Kupke, who is known for his investments in the space industry, to support LiveEO.

Companies that have commissioned LiveEO to monitor large-scale projects include industry and infrastructure giants like the network operator E.ON, Deutsche Bahn, the American energy firm AEP, the American construction firm CDM Smith, and the electricity network operator E.dis. Since 2018, LiveEO has been serving the E.dis. grid using a bespoke solution geared to the network’s unique challenges. In 2019, LiveEO began working with ESA Space Solutions to carry out a SIM demonstration project with the goal of developing the company’s service offering even further. This is the main area in which the six-figure investment sum will be used.