Home News Not Out of the Woods Yet 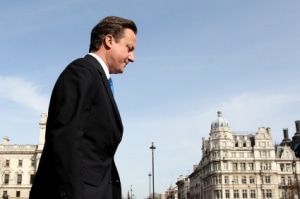 recently insinuated that the UK is out of the dreaded double dip recession, but a message was promptly sent back by Labour, the Bank of England’s Mervyn King and a host of others to clarify and contradict the boast –‘not exactly, David.’ It seems that Cameron was privy to classified information concerning the UK’s economic performance for the third quarter, and his verbal jousting in the House of Commons, particularly with Labour’s Ed Miliband, has made many examine the state of the nation, as it is.

It’s true that there has been some positive movement numbers-wise in the UK, but many believe this is a result of the recent Olympics and the diamond jubilee. In fact, as the Guardian reported, Labour’s shadow treasury secretary, Rachel Reeves, was quick to throw water on any glimpse of self-righteous politicking on part of the coalition, “What really matters for jobs, living standards and the deficit is whether there is a strong and sustained recovery, and whether and how we can catch up all the ground we have lost over the last two years…Growth of 1% would simply mean the economy is the same size as a year ago.”

With the UK being one of only two G20 nations in recession, and as one comment added on the Guardian website illuminating the fact that 70% of the nation’s austerity cuts have yet to come into effect, it’s too early to judge the level of Cameron’s hyperbole. Politicians will, of course, be politicians, but many believe that the UK are not even close to being out of troubled waters yet, it’s just that the rival factions don’t have anything else to offer. For the time being, the coalition can attest to their deficit reduction strategies, but they have yet to properly be implemented and that also includes almost one million public sector job cuts coming soon. We’ll see how rosy they look after that.