Home News Does a Study of History Show Us to Be on the Brink... 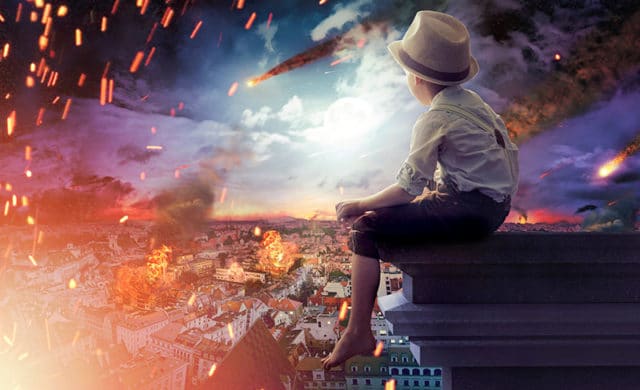 Is History Telling Us Our Days Are Numbered?

A meteor may have killed all the dinosaurs and destroyed civilisation as we know it billions of years ago, but this is an exception. If you look at history, great civilisations are more likely to succumb to self-destruction. From the Akkadian Empire to the New Kingdom of Ancient Egypt and the Roman Empire, history has shown us that the average lifespan of a civilisation is a mere 336 years and then they collapse.

When a Civilisation Falls to Ruin

A civilization collapses when it no longer thrives and instead suffers a lasting loss of the identity, population, and socio-economic dynamics that make it what it is. Disorder eventually ensues as public services start crumbling and governments lose control. Violence and chaos soon follow, and everything falls apart. Believe it or not, just about every ruined civilisation in the past has ended up like this. Some managed to recover, like the Egyptians and the Chinese, but others became collapsed permanently, like the civilisation on Easter Island. Some hubs of such civilisations were eventually revived, such as Rome, for example. Others, like the Mayan ruins, have remained abandoned.

What Does This Mean for Our Future?

Philosopher George Santayana said: “Those who do not learn history are doomed to repeat it.” If we look at what happened to past civilisations, it paints a rather bleak picture of what we can expect from our future. Are we doomed? Let’s delve into five danger signs that historically have preceded societal collapse:

Climate change – When the climate changes, disaster inevitably strikes. The collapse of the Roman Empire, the Akkadians, the Mayans, the Anasazis, and the Tiwanakus were all preceded by major climatic changes such as droughts.

Inequality – Social disintegration is driven by political and wealth inequality, which generally is the result of social distress. According to statistical analysis, this happens in cycles. Populations increase and the supply of labour grows beyond the demand for it. Workers begin working for lower wages and getting poorer as the rich get richer. This is followed by political turbulence.

Environmental impact – Deforestation, water pollution, and the loss of biodiversity leads to ecological collapse, which ultimately plays a role in the collapse of a civilisation. The third ecological collapse the world experienced happened towards the end of the Roman Empire after it generated massive amounts of air pollution and exhausted the land, which led to massive food shortages.

Complexity – Historian Joseph Tainter, who is an expert in researching the collapse of societies, suggests that societies eventually collapse under the weight of their own bureaucracy and complexity. The Mayan and the Roman Empire both grew in complexity as problem-solving civilisations and eventually collapsed soon after they reached a point of diminishing returns.

External Shocks – War, famine, plague, and natural disasters are inevitable. The Aztec Empire fell after it was invaded by Spain. Most of the earliest agrarian states suffered an early demise because of deadly epidemics.

Wait, This All Sounds Familiar!

Our climate is changing, we are placing serious strain on the environment, there is an ever-increasing gap between rich and poor, and everything is becoming more and more complex in the world. With so many of these danger signs in the media every day, it is clear that we should not be complacent. Some would argue that we are too technologically advanced to collapse. Others believe that our newly discovered technological abilities may bring unprecedented new challenges. Food production is so automated that few of us could survive without shops where we can buy what we eat. The technologically-advanced weapons available these days are simply terrifying. And this is only two of many potential challenges of the modern world.

Can This Imminent Collapse be Avoided?

Although innovation brings a unique set of challenges, it also holds the potential to prevent these disasters from happening. We can reduce emissions, reverse environmental degradation, and possibly even level out inequalities. We also have the unprecedented advantage of knowing what has happened to civilisations in the past. Unless another meteor wipes out the world as we know it, humanity is only doomed if we choose to ignore history. 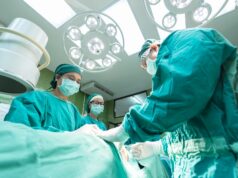