Home News A Recipe for Success 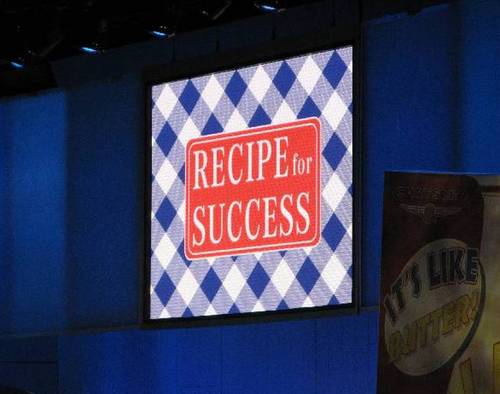 Many words have been written by analysts, economists and politicians regarding the exit strategy for the eurozone mess in the last two years. It’s telling that the most pithy and accurate have come from some columnists. Laurence Knight, a BBC business reporter, has written a recent piece outlining how Europe (and specifically the single currency states) should look to the U.S. for a model. Now, before the voices of dissent appear, this is an interesting strategy based on a similarly unwieldy, large landmass with equally divergent policies; it’s also telling that the word most often used by Mr. Knight is ‘union.’

Here’s a roundup of what seems to be a tidy recipe for success. Firstly, the banks need to be saved and that means money, but also more importantly “the potential losses (must be) borne by the eurozone as a whole,” with Knight continuing: “All of Europe’s banks may need to be placed under a common regime of regulation and supervision, with troubled banks given equal access to rescue loans, and being wound up by a central authority when they go bust.” Secondly, and this is an appendix to the abovementioned, eurobonds and the extension of the idea of amalgamated debt and investment, need to be backed by a collective mentality (union) and the legislation therein. Mr. Knight interestingly suggests a U.S.-style Federal Budget.

The details of growth implementation, debt consolidation and fair wages and the ramifications of inflation can be bottle-necked into the much more cohesive idea of union – with the northern European states taking up some of the grief of the south, including major investment in the form of ‘project bonds.’ And the crux of all of the above hinge upon a central governing body, and perhaps as Germany suggests, an elected president of the European Commission. This is a salient idea, but Germany must also, in the words of Laurence Knight, “share its wealth with the rest of Europe (and all European nations handing power to Brussels).” Saving the single currency is plausible if the collective nations meditate on the word, single, and make adjustments accordingly. It can be done.