Home International Will This Help Raise Awareness So That Employers Will Pay More? 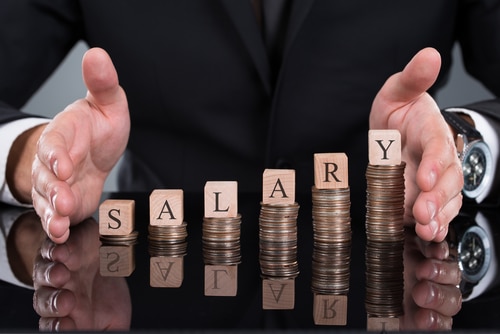 Salaries in Israel’s hi-tech industry are amongst the highest in the word and rising fast. A recent article (December 2017) in Globes – Israel Business arena’s major publication, reports that salaries for both hardware and software engineers have risen 20% since 2017. Surprisingly, salaries earned by engineers in Israel are at least 15 % higher than the salaries of their counterparts in the US. It’s a well-known fact in Israel, that the high-tech market is a great place for employees to be and Israeli companies are clearly committed to investing in their people.

Naturally, large corporations the world over are all about maximizing profits. For many companies, this translates to keeping wages low. The obsession with cutting costs by whatever means possible is considered by economists and business leaders, a short-sighted view that ultimately does more harm than good. However, it’s still a deeply entrenched habit. Companies that strive to share more of their wealth with their employees can suffer accusations of being too liberal or even socialist!

More and more business people are realizing that treating employees as nothing more than “costs” is not smart. Being good to your employees is a great investment. Happy employees give their best and will work the span of their career for the benefit of the company. Employees are also prospective customers. The lower the salaries, the less cash they have available and the less they will spend on your products or services!

Companies that invest in their people reap the benefits in multiple ways – including by ultimately increasing their profits.

Israel’s high-tech industry is a great example of where investment in people is high and where the benefits reaped translate to successful new companies being launched, high investment and high profits.

Take Nyotron for example. A rising star on Israel’s cyber-defense scene, Nyotron has developed some serious endpoint protection technology capable of helping companies stop or ward-off malicious cyber-attacks. The promising startup has just closed a new round of funding to the tune of 21 million USD. Meir Shamir, one of Nyotron’s major investors, is more than happy to invest in great companies that demonstrate a willingness to invest in their most important resources – their people. The foresight of investors such as Shamir and others, is one of the factors that is keeping Israeli high-tech companies amongst the best in the world.