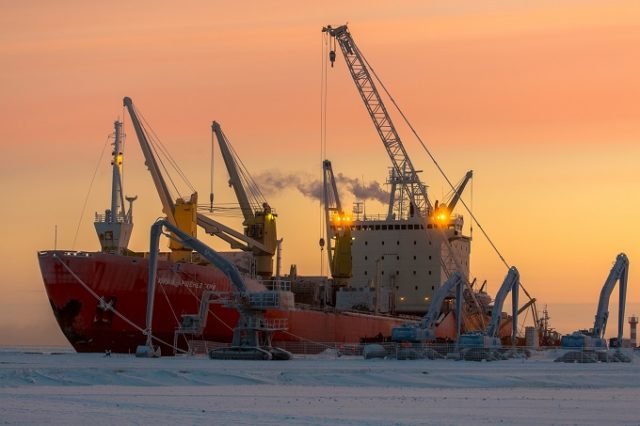 The SK Most group of companies, whose controlling shareholder is Russian businessman Ruslan Baisarov, who’s estimated net worth is 900 million dollars, has completed the construction of the Arctic port of Sabetta on the eastern shore of the Yamal Peninsula. This harbor is a key part in the large-scale Yamal LNG (liquefied natural gas) investment project. The completion of Sabetta now allows for year-round navigation along the Northern Sea Route and is to serve as a transit point for hydrocarbons to Western Europe, North America, South America, and Asian-Pacific countries.

The project was unique because the port facilities were built from scratch—there was no transportation infrastructure whatsoever on the coast. If we take into consideration that the navigational, geological, and hydrological conditions in the Arctic are difficult, it could be said that the builders have accomplished the impossible. SK Most had only 70 days—from August to October—during which it was possible to dredge the bottom to be able to deliver cargo by water. 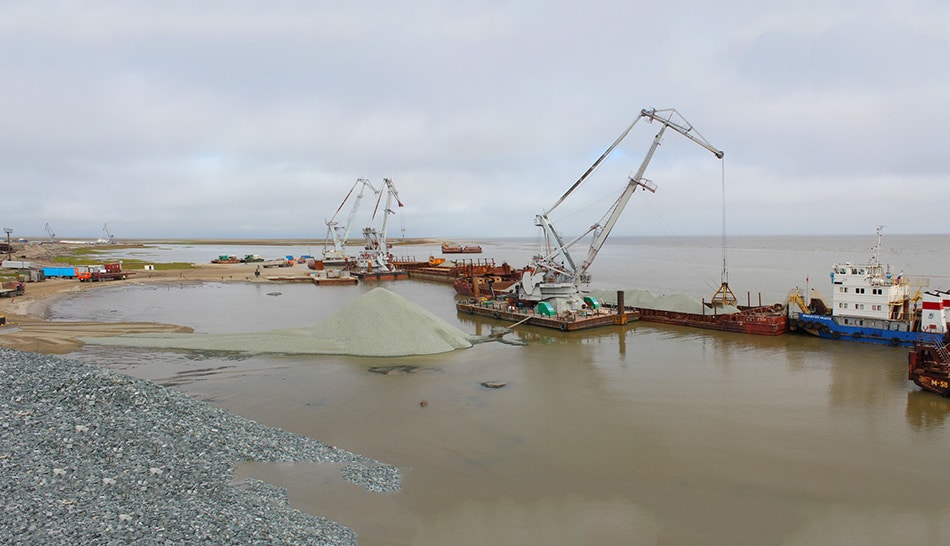 The construction of the Sabetta seaport began in the summer of 2012. At the preparatory stage, which took two years, a four-kilometer-long, 240-meter-wide channel was created, with the bottom and water area of the auxiliary moorings marked at -12.4 m. The first cargo ships were moored in Sabetta in October 2013. Thus, the problems of delivering building materials were solved in the shortest possible time.

At the main construction stage, from 2014 to 2018, during short summer navigation, SK Most continued making the bottom deeper. During this period, the construction of coastal infrastructure and the main hydraulic structures of the port and water area was completed. In addition, a traffic-control system for ships was launched, as was a global maritime distress communication system. In order to minimize ecological damage, workers regularly carried out environmental monitoring, and all work was carried out in accordance with environmental legislation.

Sights Set on the Far East and Siberia

The owner of the Sabetta seaport, FSUE Rosmorport, praised the quality of work carried out by the SK Most group of companies, which unites 15 bridge-building enterprises and seven tunnel divisions. In 2016, Ruslan Baisarov became SK Most’s controlling shareholder and head of its board of directors. He also owns the Tuvan Energy Industry Corporation, which is building the Elegest-Kyzyl-Kuragino railway line and a transshipment terminal at another seaport in the Far East.

SK Most has been entrusted with the construction of many important state facilities, including the bridge to Russky Island for the APEC summit and the road from Adler to Krasnaya Polyana for the Sochi Olympics.

Currently, Baisarov’s group of companies is working on a range of major infrastructure projects throughout Russia, including the Second Baikal Tunnel on the border of Irkutsk Oblast and Buryatia, which is being built as part of a program to modernize the BAM and Trans-Siberian railways. 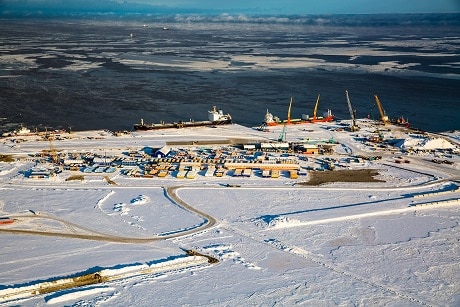 In addition, SK Most is building two cross-border bridges across the Amur River that will connect Russia and China: the Nizhneleninskoe–Tongjiang railways bridge in the Jewish Autonomous Region and a road bridge that will connect Blagoveshchensk and Heihe. As of early April, all that was left to complete was some 160 meters at the junction of the Blagoveshchensk-Heihe bridge. The bridge under construction will be extradosed (similar to cable-stayed) with low pylons and a two-lane road. For the temporary border-crossing point, modular structures will be installed that can be moved to other Rosgranstroi facilities before the permanent border crossing point is put into operation.

Experts have said that many of the projects are ultimately designed for developing regional economies, foreign trade, investment cooperation, and border areas. In addition to the Far East and Siberia, Baisarov has also been keeping the Arctic region on his list of priorities. The importance of regional development projects around the North Pole has been repeatedly stressed by the Russian government. Most of these projects are part of the state’s strategy for developing the Arctic by 2035, and many of them are connected to Yamal. 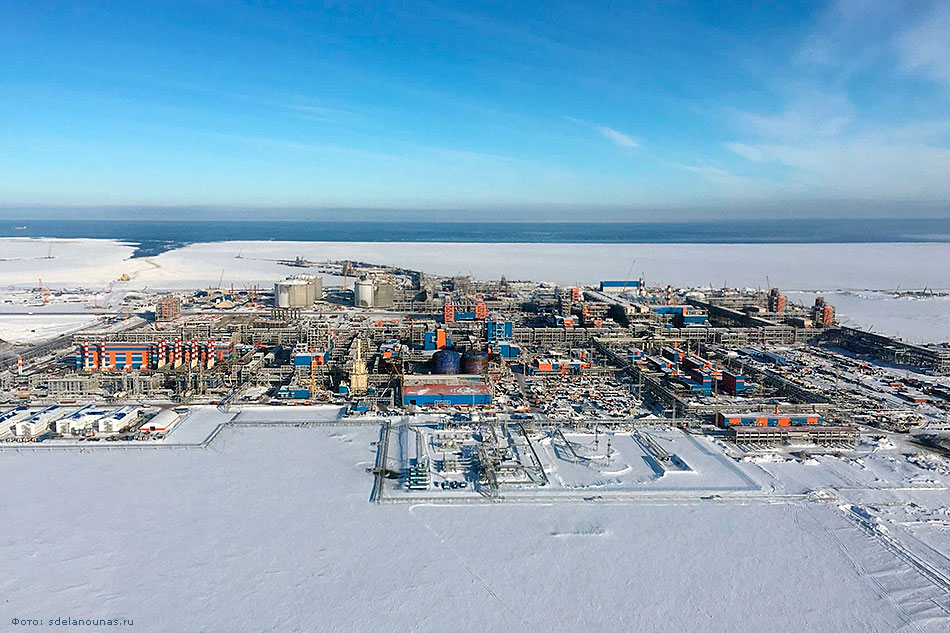 According to experts, Yamal has enough resources not only for Russia, but for the entire world. This region may become the main point of growth for Russia in the future. Infrastructure there has already been developed and the region is rich in natural resources.

For example, starting in 2020, the Yamal LNG project will produce about 16.5 million tons of liquified natural gas and up to 1.2 million tons of condensed gas annually, which will be exported to European markets and Asian-Pacific countries. The experts say that this will make it possible to bring Russia’s share in the global LNG market to 15% by 2030.
A plant for the production of liquified natural gas that is being built in the Yuzhno-Tambeyskoye gas field will play a significant role in this objective. This enterprise is being built in three phases, that have been launched in 2017, 2018 and 2019, respectively. The first production line started working in the fourth quarter of 2017. 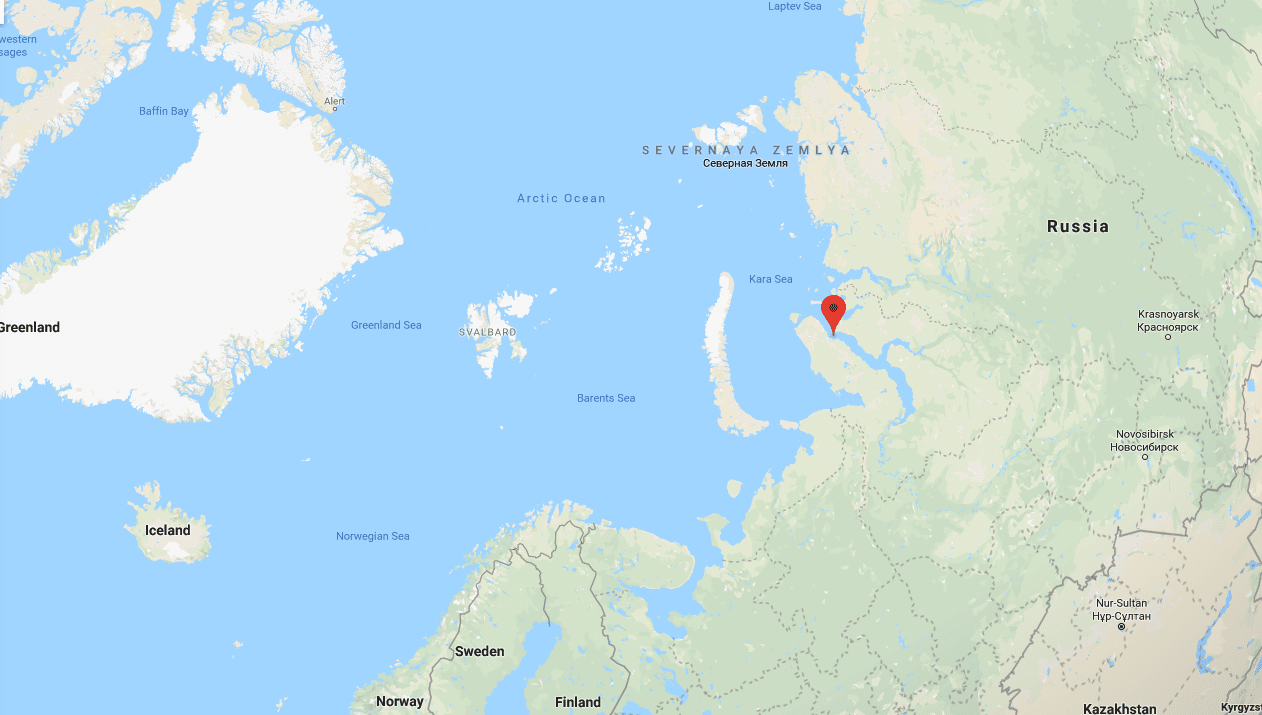 The Sabetta seaport was built by Baisarov’s SK Most to ensure the uninterrupted supply of LNG to consumers. Liquified natural gas is not the only thing transported through its terminals along the Northern Sea Route. They are also being used to transport other forms of cargo. Turnover is growing every year, reaching 10.96 million tons from January to September 2018, which is double the amount transported in that time period in 2017.