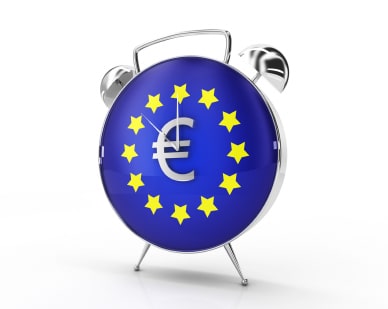 Each struggling eurozone country must, in turn, lie on the proverbial operating table as the IMF, ECB and every ‘expert’ attempts to remedy what is wrong with the patient. Spain is now in the midst of a double dip recession with a whopping 24% unemployment, so the question is what to do now? Both Angela Merkel and Francois Hollande have vowed to “do anything to save the euro,” but does this mean that the fabled European Stability Mechanism (firewall fund) will be used to tackle the problems, or a full bail-out from all the concerned parties?

With an untenable borrowing rate of 7%, Spain needs urgent action and much more than the kind words of encouragement from their European partners. It has been suggested (by the French newspaper Le Monde) that the ECB and the collective euro governments might buy Spanish debt in order to reduce the country’s borrowing costs. This seems a decisive action, and is a good example of better-off nations like Germany absorbing some of Southern Europe’s debt.

It’s no surprise that Germany, when pushed on this idea of eating some of their neighbour’s debt, shot down the idea, with the Bundesbank calling it “problematic.” Although buying Spain or Italy’s debt is not a panacea, it might improve the situation substantially. Many economists suggest a ‘combination cure’ of sweeping public sector cuts and an injection of emergency fund cash – with the idea of buying Spain’s bonds already seeing a jump in the world’s markets in anticipation. Once again Germany has to get on board, and with Italy now issuing bonds, it might prove prudent to see Spain follow suit.