Home Economy Are Airlines Manipulating the Markets for their Own Gain?

Air France recently announced that it would be shedding up to 3,000 jobs as part of its restructuring program. Mass protests erupted, but that is just the beginning of European airlines’ woes. This latest round of layoffs brings to 15,000 the number of jobs lost since the company’s restructuring plan began. In total, this amounts to some 25% of the entire workforce of Air France. Such was the dismay at the additional job cuts that the CEO of Air France had to flee to avoid being lynched by protesters. Angry mobs demanded his immediate resignation, but Air France stuck to its guns and released a statement that the company would continue its restructuring initiatives, and that it would take all necessary legal action against violent protesters. It is clear from the aforementioned activities at Paris’s Charles de Gaulle airport that ongoing job losses, cost-cutting initiatives and declining profits are hurting the airline industry tremendously. 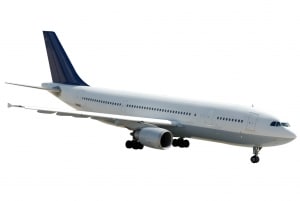 Air France is not the only European airline facing a set of challenges – Lufthansa is under the gun too. Last month, online travel agents decided to file charges against the Lufthansa Group with the EC. The reason there is such discontent among online travel agencies is that Lufthansa is taking on an additional €16/$18 for every ticket that is booked through an external travel website or online booking agency. This means that Lufthansa passengers booking with anyone other than Lufthansa itself have to pay more for their tickets simply because they choose not to shop directly at the airline’s official website. The Brussels-based European Technology and Travel Services Association (ETTSA) received the formal complaint from the travel agents, and it filed charges against Lufthansa and its affiliates with the European Commission. The subsidiaries include Austrian Airlines, Brussels Airlines and Swiss International Airlines.

At the heart of the complaints is the issue of punitive measures being taken against passengers seeking to compare prices at online websites. Lufthansa is acting in its own best interest by making it more expensive for passengers to book on external third-party websites. They are doing this because they don’t want to pay the commissions to third-party sites, and they want to maximize profitability when passengers book through their website. The fact of the matter is that comparative shopping becomes more difficult when major airlines are excluded from the selection. In much the same fashion as Air France, Lufthansa alluded to being fully compliant with regulatory practices in the European Union as it pertains to pricing and transparency. The Travel Technology Association conducted research which points to an interesting fact: airlines that restrict what information is available to passengers in terms of pricing cost passengers as much as $6 billion annually. By restricting what information passengers can find online, airlines are effectively doing a disservice to their clientele.