It may not be the stuff of Sam Peckinpah, a la The Wild Bunch, but it seems the congenial, flat-packed world of Ingvar Kamprad’s Ikea wasn’t ready for the wild-west tactics of new money Russia.

The Swedish furniture giant has put over $4 billion dollars into the country since 2000, doubtlessly smelling the prairie-like new frontier of fiscal possibilities in a country newly flooded with capitalist visions and cash. It seems the problems come from the Dantesque bureaucracy and, although Ikea hasn’t said so directly, corruption – that’s seen their electricity cut-off and administrators asked to “hurricane-proof” their buildings. 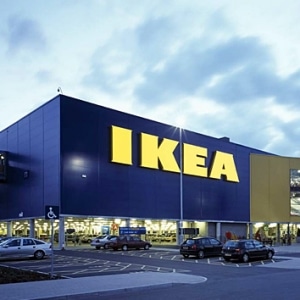 All of this has now reached breaking point for Ikea, who have put a hold on all new investments in Russia. Per Kaufman, Ikea’s country manager in Russia has said in a statement to BusinessWeek, “the decision was due to the unpredictability of the administrative processes in some regions.” Ingvar Kamprad was less diplomatic recently and said on Swedish radio that he’d been “swindled.”

Obviously this isn’t the kind of PR that Russia would like to have for foreign investors and it doesn’t help dispel the pervasive feeling that there are gangsters and cowboys at every turn in business and government. In 2004, Ikea had to directly appeal to President Vladimir Putin to have one of their Moscow malls open, after local officials were squabbling over alleged safety concerns. Evgeny Kovrov, a Russian researcher at retail consultancy Magazin Magazinov says, “Investors need dozens and dozens of approvals from an incredible number of agencies. That provides for unlimited corruption opportunities.”

It seems it’s time to pay off the Sheriff, or polish up your spurs and leave town.