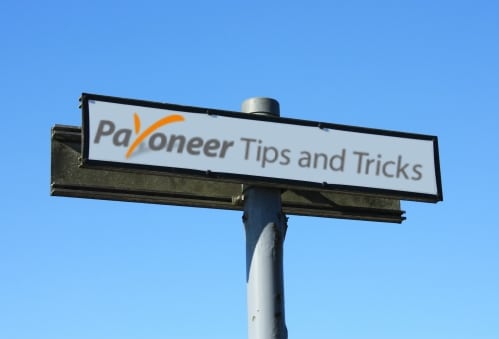 It’s no surprise that banks top the list of businesses that most inspire public outrage, and even before the credit crisis they were invisible enterprises at best – a joyless necessity begrudgingly endured by the populace. Banking presents a monumental challenge to brand agencies and CEOs alike. Entrepreneurial moguls like Richard Branson with Virgin and Anthony Thomson with his Metro Bank in the UK are promising a “revolution in banking” and attempting to make it a more memorable, personable and efficient experience for the public. But the feeling remains that they still haven’t yet cracked the code of brand loyalty. Meanwhile, a few pioneers of the Internet age have produced an entirely different paradigm in regards monetary transactions, echoing the fact that the ability to effectively buy and sell online is really the frontline of what any business needs in order to be successful in today’s climate.

Likewise, it’s been in the news recently that cell phone banking in the third world is blossoming and providing a new, intelligent and secure way for millions of people to cut out the dreaded middleman: their bank. Streamlining the payment experience was one of several initiatives that led e-commerce pioneer Yuval Tal to devise an ingeniously simple way to send and receive money that is making a huge impact on the idea of currency exchange. Imagine: no more wilting plants in a stuffy foyer, lines snaking out the door and surly bank staff unable to provide the simplest of services. And, of course, don’t forget their outrageous fees for international money orders. This no longer needs to be the reality – a creative, lateral approach and technological know-how is changing the way we do business from now on. This should make Richard Branson very nervous.

What Yuval Tal’s company, Payoneer, has done is offer a service that enables anyone with their MasterCard®-approved card who’s signed up with them, to send or receive money anywhere in the world without ungodly surcharges, delays or the obligatory, crackly phone line to call centers on the outskirts of Mumbai. Fantastic. This is already proving to be something of a game-changer with the company boasting over $500m a year running through its system and a yearly growth rate of 100% since its inception five years ago; a very successful and exciting business idea, indeed. And for developing countries, this will also be a tremendous boon for both currency freedom, and payment reliability.

This isn’t the first big idea business that Yuval Tal has captained. He’d had a busy, twenty-plus-years in the world of Internet startups and currency exchange before setting his sights on the Payoneer model. After receiving degrees in both mechanical and biomedical engineering, he began his path developing successful e-commerce strategies. In 1999, Payoneer’s predecessor, E4X, was launched and was considered a pioneering platform for online payment. What is becoming so commonplace now certainly was revolutionary a decade ago. After growing into a business that claimed over $500 million in revenue, E4X became what is now FiftyOne, a market leader for global e-commerce transactions. And now Tal has moved from strength to strength, with Payoneer attracting business accolades and positive press from journals like TechCrunch and NY Convergence.

The ease of use, low cost and a sense of membership are all contributing factors to Payoneer’s success. A truly modern idea, leaving traditional banking, much like the record industry or other dinosaurs, without the ability to compete. No one wants to go to their bank. No one looks forward to the antiquated and time- consuming process of money transactions and transfers. And with an inherent distrust now in place, there seems to be no reason for future generations to contend with the current banking model.

It’s hard to see how traditional branch banking will survive past the next twenty years. A logotype re-brand and new advertising isn’t what people want when they have to pay clients abroad or move money around. And if you’re wondering whether Payoneer has customer service that isn’t automated? The answer is yes. They have a dedicated team of individuals available 24/7 for any of its customers’ needs. A refreshing, human change that deserves the positive attention it’s getting.

Now, if only the airline industry could get a bright mind like Yuval Tal to tackle the desultory experience of modern air travel, then the two scourges of modern life would be irrevocably changed for the better. It’s the ability to think outside of the box that keeps the best business minds on top, and also makes what was once a cumbersome and inefficient exercise, now as easy as checking your email – Payoneer is a truly innovative, and much needed idea whose time has finally come.[/fusion_builder_column][/fusion_builder_row][/fusion_builder_container]