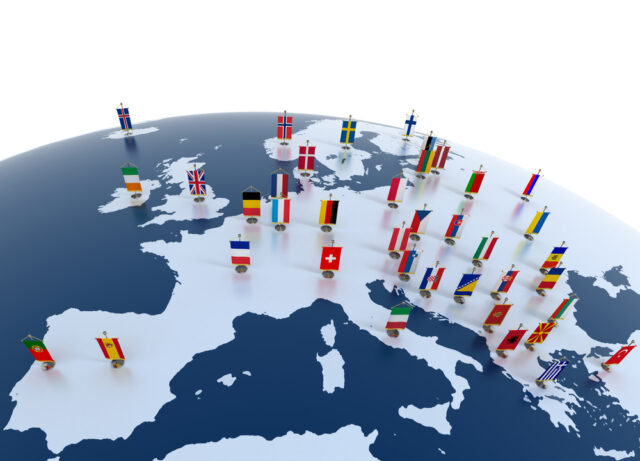 The Financial Times recently reported on massive changes planned for data regulations in the European Union. The changes are set to be implemented by the European Commission and will provide additional control over some of the world’s largest tech companies conducting business on EU shores. The goal of this regulatory shift is to rein in the internet giants in order to give smaller companies a more reasonable chance to succeed and thrive. There is a strong American presence in the industry, especially when it comes to larger corporations, and it is therefore expected that the list will mainly contain companies from the United States.

The new regulations will significantly impact certain internet companies. A list of these companies is currently being compiled. The list will comprise big tech firms based on their market share as well as the number of users they have. Exact criteria are still under discussion, but it is assumed that companies like Apple, Google, Amazon, and Facebook will be featured at the top of the list.

The tough new regulations will curb these industry giants’ market power as they will be forced to comply with more stringent regulations compared to their smaller competitors. Competition is fierce and not always fair, so it is hoped that the regulatory changes will create a more balanced arena.

As big and indestructible as big tech seems to be, it still faces great challenges, with this looming change being far from the only challenge it faces. Microsoft and Facebook are having issues with Apple, and antitrust investigations are targeting Amazon and Google. The entire industry is puzzled about Microsoft escaping all scrutiny. In a nutshell, this is what’s going on:

• Facebook is fighting with Epic over App Store fees, and Apple has come in the fight’s line of fire.
• Apple has been repeatedly digging at Facebook for its privacy policies because of the social media platform’s targeted advertising campaigns.
• Highly regarded executives in the global tech sector are questioning Amazon and Google business systems ahead of charges expected to be leveled imminently.
• Big tech executives and employees are becoming increasingly dismayed about Microsoft, which is apparently getting a free pass under the Trump administration.
• Apple is further complicating matters by making changes to its App Store that would hamper game-streaming from Google and Microsoft platforms.

The tech industry in Europe has had to face challenges like these countless times over the years. And yet, big tech continues to absorb smaller tech companies, creating a top-heavy scenario in which smaller companies have limited prospects.

Are Laws Enough to Restore Balance?

Richard Stables from Kelkoo raised the alarm about Google’s power for several years, and finally, in 2017, the European Union issued $2.7 billion in fines against Google for breaking antitrust laws. However, it was too late. Stables had already resigned, and Kelkoo was crushed by Google’s competition even before the court case came to an end. The eight years it took to do anything about the problem was enough to ruin the company, which was once a leading digital shopping destination.

Some of the leading regulators of the world are the tech sector watchdogs in Brussels. But even so, antitrust investigations take several years to complete. Those involved in cases against big tech believe that this is partly because of the legal teams that can use stalling tactics to crush rivals, such as Kelkoo. Inquiries are also focused on solitary features of the offending company instead of the entire business. And once regulators begin working on it, more focus is placed on hefty fines than on enforcing structural change that could restore competitive balance.

Even as regulators have launched antitrust probes against several big tech companies, none have been under more scrutiny than Google. But, to what end? The industry giant has not seemed to have been set back in any way nor has it had to make any kind of structural reform due to these probes. It is hoped that the new laws will bring about the changes required to restore balance and keep companies like Kelkoo afloat.

What Do the New Regulations Entail?

The new rules will force the companies to be more transparent about collecting data and compel them to share this information with smaller rival companies. Regulatory bodies in Europe have long expressed concern that the large internet companies have an oppressive hold on the market share, stifling competition for smaller businesses.

As reported by The Financial Times article, it has been suggested that these changes are part of the EU’s effort to push tech companies to change unfair operational strategies without resorting to lengthy and expensive antitrust investigations. Several companies that will potentially face stricter regulations are already under antitrust scrutiny in Europe and the United States. It has even been suggested that regulatory bodies should break up some of these companies and that they should limit their acquisitions.

Next Steps in the Battle for Balance

The rules are currently being developed and are expected to be in place by the end of 2020. To put them into effect, the EU plans to move beyond imposing fines. A more stringent level of control is needed to protect smaller companies and consumers from large digital corporations. Corporate giants are known to absorb penalties as operational costs. Instead, the plan is to push them into sharing data with rival companies, thus leveling the playing field.

In extreme situations, when big tech companies’ behavior is to the detriment of smaller rivals, the European Commission plans to tackle structural issues directly. This could involve breaking up larger companies or forcing them to sell units. There has also been talk in Brussels about introducing a rating system that will allow shareholders and stakeholders to assess whether companies are complying with tax requirements. Because the legislative changes are heavily slanted to American big tech, the move may be seen as controversial, thus causing friction between the United States and the European Union.