Just as the pre-flotation share price of Facebook might make many pause (I did), another interesting signpost of modern life has emerged in the press. Weetabix, that soggy cereal staple of British homes for generations, has been sold off to the Chinese. This isn’t exactly surprising, because £720m speaks volumes. But, what I find interesting is the idea of a massive state-owned Chinese company (in this case Bright Food, which is already the proud owner of many national food ‘icons’) buying the sludge that qualifies as a ‘British classic,’ and the public’s reaction therein. This news is already setting the blog boards alight across the UK – just like when Cadbury’s was gobbled up by the ‘rubber cheese’ barons of Kraft.

I guess the notion of brand power, and the cultural-identity signifiers of the most successful of them, is really what is at play here. Who cares if the Chinese own this company or the makers of other detestable junk-food staples like Jaffa Cakes, Hula Hoops and Twiglets? Is it xenophobia that is making the usually caustic, but docile left of the Guardian readership react with a certain horror at the news? Perhaps.

But, it could also just be the curmudgeonly way we all, old and young alike, resist change. It’s natural to. One blog comment moaned about a decline in quality control, because the Chinese don’t have the same high standards of manufacturing as the British. C’mon! How can they make Weetabix any worse than it already is? And where is this ‘British manufacturing’ you speak of? It went out the window by the time Elvis was first committed to vinyl. The point is that, just as money speaks in the purchase of said institutions, so it also does in the public’s purchasing power of said items. My guess is that it will simply be a case of ‘meet the new boss, same as the old boss.’ Relax folks, it’s just breakfast cereal. 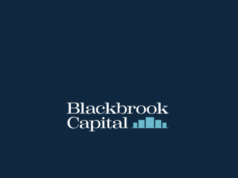