Apple has won the race to $1 trillion, beating Amazon’s same milestone by just over a month. The contest between these two giant corporations is far from over, and both Alphabet and Microsoft are within striking distance.

The Customer Pool is Shrinking for Apple

The selling of mobile devices has acted as a catalyst for Apple, with iPhone, iPad, iMac and iPod sales propelling them to the top. Even though Samsung has a bigger share of the global smartphone market, when it comes to revenues, Apple is head and shoulders above competitors. Tapping into the huge potential of this market has so far delivered the expected results, but the real challenge is to expand the customer pool.

For the time being, they continue to rely on existing customers to purchase the latest devices and accessories. As new smartphones and tablets manufactured by Apple get more expensive every year, the number of people willing and capable to afford them is shrinking. Those who already own a powerful smartphone are likely to wait longer before replacing it with the latest flagship device. 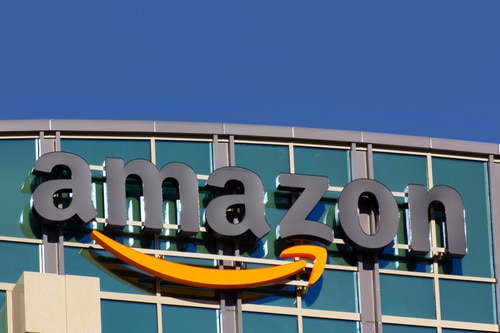 Amazon’s Diversified Portfolio is Its Catalyst for Growth

Although Amazon lost the race to $1 trillion, its business model looks more sustainable and the company has the potential to overtake Apple. The two companies continue to fight for supremacy when it comes to developing AI virtual personal assistants for connected homes. By making it easier for third parties to develop apps for Alexa, Amazon has a clear advantage.

Amazon is the dominant player in cloud computing and provides services to both individuals and large corporations. As the IoT (Internet of Things) movement gains traction, this head start should help Amazon consolidate the advantage over Apple.

The bottom line is that the race between these tech giants will continue and although Apple won the sprint, Amazon is better equipped to win the marathon.